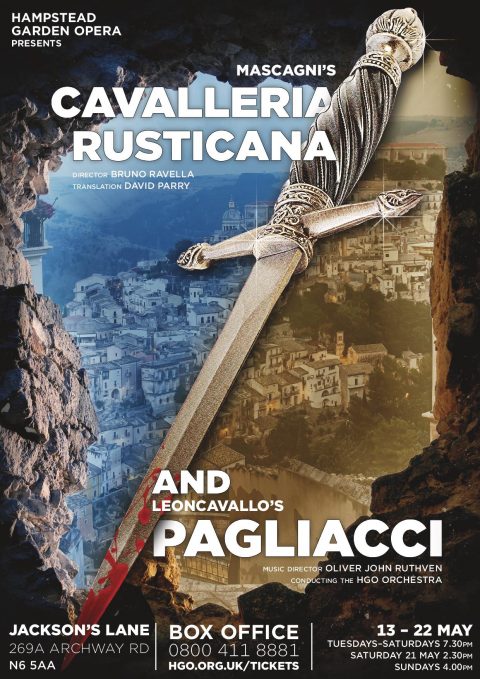 For the first production in our new home at Jacksons Lane we have chosen two powerful one-act operas by different late 19th century Italian composers, both of whom, in their distinctive ways, tell stories of life as it was when they were writing, with no holds barred. The music is as full-blooded as the emotions of the characters, and both works are steeped in memorable tunes. Mascagnis Cavalleria Rusticana, (literally but unhelpfully Rustic Chivalry), is famous for the Easter Hymn and the Intermezzo which paves the way for the tragic dénouement. Leoncavallos Pagliacci (Clowns), written two years later than, and from earliest times paired with, Cavalleria Rusticana, is famous for the soliloquy sung by the leader of the troupe as he prepares to go on stage while his heart is breaking at his wifes unfaithfulness (Vesti la giubba).

The English translation of both operas is by eminent conductor David Parry; the version of Cavalleria Rusticana was commissioned specially for this production.

Oliver-John Ruthven will conduct the HGO Orchestra, and Bruno Ravella will direct the production of this famous double-bill (popularly known as Cav & Pag).

David Winskill for the Ham and High