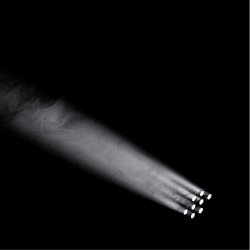 Charles Ogilvie has made projects in sculpture and art film at the Victoria and Albert Museum, Gloucester Cathedral, The Max Planck Institute (Dresden), the Ashmolean Museum, and the Museum of the History of Science in Oxford. His work has been shown by the Saatchi Gallery and has been shortlisted for the New Sensations and Red Mansion prizes.  He graduated with distinction from the Royal College of Art in Sculpture, and with first class honors from Oxford University, from which he also holds a PhD by practice in Fine Art. He was production designer for Gothic Opera’s Der Vampyr, nominated for an Off West End Award for Best Opera Production.  He both designed and co-authored a new translation for MassOpera’s all-female La Boheme.  With the support of a Bogliasco Foundation Fellowship, Charles wrote the libretto for Bread and Circuses, a new opera composed by Liam Wade exploring political rhetoric and the cultural crisis of white working class America through the lens of professional wrestling. He has worked as a director and cameraman in Baghdad during the second Gulf War, and has art directed in commercial advertising and narrative film.  https://www.charlesogilvie.art/