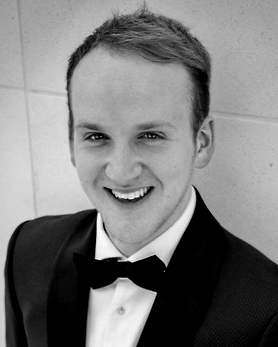 Shropshire baritone Peter Edge graduated from the Royal College of Music, London, as a Master of Music in Vocal Performance with Distinction, where he was supported by the Walker Trust and tutored by Peter Savidge. Recent competition successes include winning the Chris Treglown Memorial Award and John Kerr Award for English Song, as well as being runner-up in the Lesley Garrett Opera Prize and David Clover Singer’s Platform Recital Competition.

Notable performances include singing on live TV and radio for the Salzburger Festspiele with the Monteverdi Choir, in August 2021, singing live on BBC Breakfast for the Italy vs England Euro 2020 Final, and Peter’s solo debut at the Royal Albert Hall, in December 2019.

Peter is looking forward to covering the roles of Schaunard in  La Boheme and Afron in The Golden Cockerel with English Touring Opera in Spring/Summer 2022, singing Chorus in Bizet’s Carmen with Longborough Festival Opera in Summer, and touring Beethoven’s Missa Solemnis with the Monteverdi Choir in Autumn.