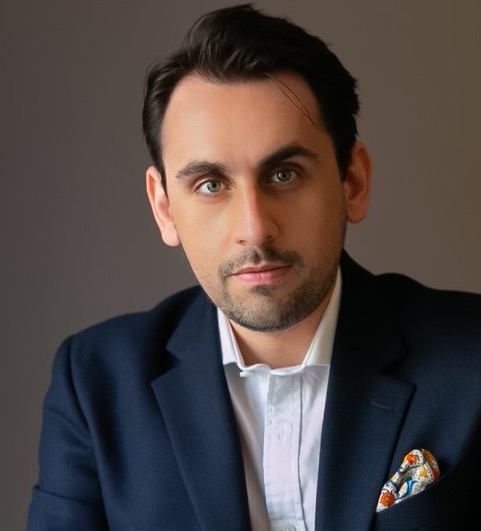 Bass Conall O’Neill recently graduated  from the Royal College of Music, London where he was an RCM Award Holder supported by a Herbert Howells & Thomas Fielden Scholarship, Johnson Scholarship and a Pauline Hartley Award. He  is a member of Wexford Festival Opera’s inaugural young artists program. Last season he performed the role of Pistola (Falstaff) which was streamed in partnership with RTÈ. This season he sang the role of Lorenzo in I Capuleti e i Montecchi and L’Oste in Edmea. Previously, Conall has performed as Colline, La bohème (HGO), Superintendent Budd (Albert Herring) for the Koninklijk Conservatoire Antwerpen, Lorenzo (I Capuleti e i Montecchi) with the Zezere Arts Festival, Portugal. With the RCM’ss International Opera School, Conall has sung Antonio (Le nozze di Figaro) and Snug (A Midsummer’s Night Dream). He sang in Vaughan Williams’s Serenade to Music at Buckingham Palace hosted by HRH The Prince of Wales to raise money for the RCM’s More Music campaign.This summer Conall will be performing the role of Ford in British Youth Opera’s production of Sir John in Love  (Vaughan Williams) at Opera Holland Park.